Black rice is a sub-specie of Asian rice that is generally known for its health purposes. Appearance-wise, it is deep black but when cooked, turns purple. Its external texture is mild and chewy and once eaten, it leaves a nutty aftertaste.

Compared to the brown rice that is equally recommended for those who want to shift to a leaner and healthier lifestyle, black rice has high levels of vitamins and nutrients that are only found in other vegetables. This kind of rice is more than just a savory side dish – it can be used as a carbohydrate replacement in desserts, pastries and noodles.

While rice cookers does not seem to be the most obvious way of cooking this type of rice, they are ideal for convenient meals that need to be done quickly. These following features could just help make up your mind when selecting an appropriate rice cooker for your black rice: 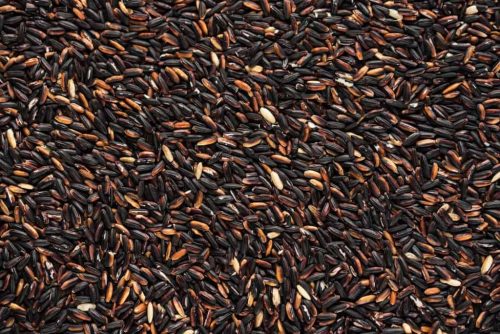 The Rice Cooker Features that No One Tells You About 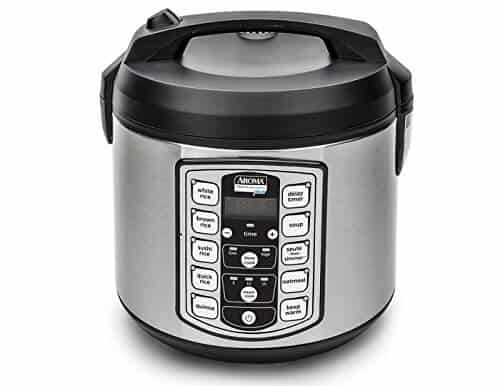 How much rice is too much rice

it is assumed that if you are considering purchasing a rice cooker that you cook rice on a daily basis. For at least a minimum of a cup of rice per person, a rice cooker can handle a range of 4 to 18 cups of rice. When steaming, the usual rice to water ratio is at least 1 to 1 1/2 cups of water depending on the kind of rice.

Select a rice cooker that can handle cooking the amount of rice that you can consume regularly. Also important to know is how much water is added after the rice has been rinsed and placed in the cooker. Below is a short reference on the type of grains and rice that can be cooked in the appliance. Any leftover rice can be stored in a cool place with a container.

Its technology is focused on heating grains and other food

A rice cooker can cook grains other than rice such as rolled oats, pasta, soups, quinoa and vegetables. Yes, vegetables. Rice cookers are mostly modern and can be either gas or electric. A simple prototype of a rice cooker consists of a lid with steaming vent, removable non-stick aluminum cooking pan, plastic measuring cup and rice ladle and indicator lights.

Nowadays, companies reach out to compact living with small cookers that can do several things. Versatile settings include rice rinser and steamer in one pan and delay start for meal planning. Some models of rice cookers have steaming strays to separate vegetables from the rice.

This feature is explained on its own as it is a mandatory setting in all rice cookers. While it is estimated that rice cooks in 20 to 30 minutes, the cooker does not alarm you that this is the case. Instead, the setting switches to warm until you put it in your plate or bowl. The warm command only stops when you unplug the machine.

Maintenance and cleaning are made easy

Its non-stick rice pan solves the problem of cleaning up. The smoother side of the sponge and light dishwashing soap is all you need to make the aluminum pan dirt-free.

The Rice Cooker is the Best Way to Cook Black Rice 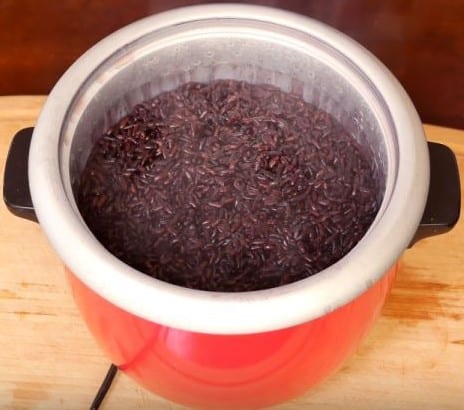 Rice cookers are the most convenient way of cooking rice because the appliance is built around this specific function. They come in different sizes along with commands that can steam your rice or cook it finely. Before you proceed to process your rice into the cooker, know your device and what it is capable of doing.

1 tsp of salt and pepper for savory rice or

1 tsp of sugar for dessert rice

Step 1: Put 1 cup of black rice into a bowl and fill it with water.

Step 2: Mix the rice with your hands and make sure they are completely immersed in water: the water will help drain the color of the rice where most of the starch is. 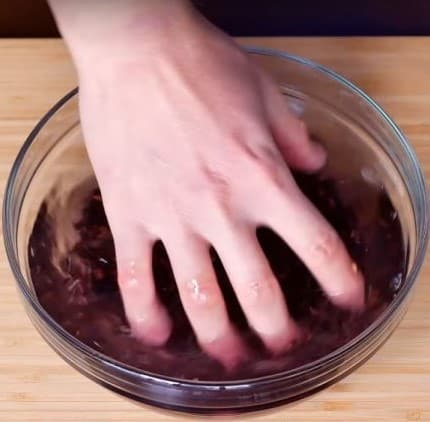 Step 3: Drain the water by slowly removing it while you push the rice inside the bowl with your hands or by using a strainer. Continue this procedure until the water you place with the rice becomes clear. Use a paper towel to soak the excess starch water and let the rice dry for about 30mins to 1hr.

Step 4: Transfer the dried black rice into the rice pot. The grain in black rice is much thicker than white rice so an extra 1 1/4 cup of water should be added to make it tender.

Step 5: If you desire seasoning for your rice such as salt, pepper, sugar or aromatic leaves, this is the time to add them depending on your choice.

Step 6: Set the setting for your rice. In standard rice cookers, make sure that the command is on Steam.

Step 7: Newly cooked rice is generally mushy so leave the rice to cool down in the rice cooker for at least 5 to 10 minutes and the rice will spring back to its grainy consistency. This step is also done to make sure the rice is not overcooked.

A standard time for black rice to cook is 20 to 30 minutes, similar to brown rice. As we mentioned, modern rice cookers now have specific settings that can cook specific food items. If your cooker has a brown rice setting, feel free to use it as the command is designed to cook the rice perfectly. If your rice cooker does not have that setting, the measured water that you put will determine the softness of the rice.

The roots of black rice originate from China and other Asian countries. The majority of the grain has been cultivated in parts of Hefei City, in the province of Anhui and Beijing. Even during the olden times, black rice attracted quite a reputation due to their health properties. The rarity of black rice gave it a reputation of being forbidden (gaining the name Forbidden Rice) to commoners; its preparation and cooking were to be restricted to the royal family and noblemen.

In due time, the consumption of this rice specie slowly became widespread. At first in small quantities and then expanded into having it imported. Indonesia has also an exceeding amount of black rice, which is often made into breakfast pudding.

It took a few millennia for black rice to catch up in the West. In the 1990s, black rice started to make waves in the United States and has been included in vegan and vegetarian recipes to increase fiber and iron.

The above method of cooking black rice has spurred into more other accessible variations of the purple rice. The important thing about black rice is that it is unprocessed. The ideal way of eating is by preserving the husks. Therefore, the grainier it tastes, the better for one’s body. Like any other carbohydrates, inventing black rice dishes means that it can be used as an alternative to white and brown rice, bread and pasta.

The Forbidden Rice can be used as a salad-base for greens as well as for protein. It can be versatile as mixed with fruits. Bringing flavor to black rice is straightforward. Just as you would do with white rice, you can cook it with more than just water: chicken or vegetable broth or white wine will make it scrumptious.

There have been several articles written about the health benefits of black rice. Scientific research has suggested that it is a known aid to heart health and strokes, reduces allergies and lowers the risk of diabetes, increases lifespan by facilitating proper weight management through digestion.

Black rice contains the antioxidant also contains anthocyanin, which protects the body against free radical and UV damage. The grains from black rice are soaked in water and infused into parchment paper to produce facial masks from its essence. It reduces skin inflammation that is caused by allergic reactions and can give your face a youthful and shine-free glow.

While we should easily know how to cook black rice in a rice cooker, it can be cooked in whichever way we want. Cooking in rice cookers can be effective for those who have less time on their hands. For black rice, this method appears to be the ideal way of making it stay soft and for the flavors (should you choose to add them) to seep in since the rice cooker collects the rice, flavoring and water on the bottom of the pot so that it can steam. Please ensure that the rice is warm when you eat throughout the day; it adds to its freshness. Enjoy!